Why I Choose Homebirth

Why I Choose (And Adore) Homebirth 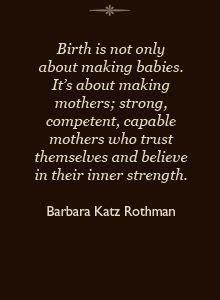 I remember the very first moment I let some of my more conservative family members know that I’d chosen to birth Amelia at home with a midwife. I received quite the strong reaction. I even received e-mails from well-intentioned family members detailing the risks of such an event along with horror stories they’d dug up online or heard from others. Others just seemed to feel it was a “super duper hippie” choice, one that was out-of-touch with today’s modern science.

Well, here’s the deal: it’s neither the scary, risky, uneducated event that some feel it is, nor is it a “super hippie dippie” birthing-in-the-backyard-while-waving-incense-and-chanting sort of occasion that others might feel it is.

In fact, I am monumentally, enormously, profoundly passionate about home birth. Not only is it considered to be a safer option for healthy, low-risk women (yes, seriously!), but the level of care one receives from a midwife is unparalleled.

Midwives have gradually been stereotyped as sandal-clad, incense waving old hippies, but these kinds of stereotypes became perpetuated and popularized by doctors in early 1900’s who began to argue that a woman’s body was essentially flawed, that childbirth was an inherently dangerous thing, and that midwives were “ignorant”, “dirty”, and unfit for caring for birthing women.

Of course all of these stereotypes are totally misguided.

Dr. Joseph DeLee in the 1920s argued that childbirth was a “pathalogic process from which few escape damage”, and therefore proposed a sequence of medical interventions designed to save a woman from the “evils” that are “natural labor”.

Interventions then became the norm, and women began to view the birth process as scary, risky, and inherently full of issues. Women began to distrust their own bodies and view birth as a purely medical event, one which cannot be done without the aid of a medical team.

It’s helpful to examine how mammals birth: privately, safely, without distraction, and in dim lighting or darkness. If a predator appears, the labor is slowed or held off to ensure that the baby can be born safely and without threat. Our bodies are no different; as mammals, our bodies seek this same comfort, security, and quiet.

Though we aren’t surrounded by predators, the hospital is a foreign place full of unfamiliar sounds, surroundings, smells, and people. A woman’s body is likely to view this as an unsafe area to  birth, hence the likelihood of interventions (such as drugs to help speed up the labor process).

So here, then, is why I am absolutely head-over-heels in love with midwifery and the care I’ve received: a midwife views birth as a natural, safe, and normal life event. Midwives view women as fully capable of giving birth. Midwifery care is ongoing, deeply personal, and makes a woman feel prepared for the incredibly sacred event that is birth through education, social support, clinical assessment, and health promotion. Midwifery encourages the mind-body connection, recognizing that birth is spiritual and emotional, and allows women to birth with strength. 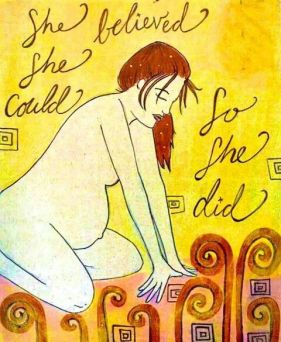 Being home was nothing short of incredible when I had Amelia. There wasn’t a single moment that I wished I was elsewhere, that I wanted or needed drugs or an intervention, or that I was fearful or anxious. I was allowed the space to get into my “zone”, a deeply primal, intuitive space that allowed my body to do its job unhindered.

I learned to trust my instincts and the ancient wisdom residing within my body; I knew exactly when I needed to push and my body intuitively moved into the best positions to birth the baby. I learned just what a woman by the name of Krystal Trammell meant when she said, “Birth begins and unfolds almost entirely in the mind”.

All in all, choosing a caregiver is one of the most important decisions a pregnant woman can make. Choosing a caregiver that will make you feel strong, supported, empowered, and wholly informed is key. Whether a woman chooses to birth with a midwife or a doctor, the important thing is that she feels safe.

In the end, we got to climb right into bed and stay put for a few days

(which wasn’t half bad!)

**I should also note that midwives are skilled, trained, and know how to handle any complications that might arise (though through the intensely personal care they give a mother, most complications can be detected far in advance and are therefore non-emergent). I also have a solid plan in place to transport care in the event that I should need to be seen by a medical team.**

One thought on “Why I Choose Homebirth”